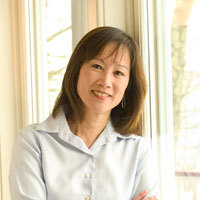 Tess Gerritsen is a physician as well as an international and New York Times-bestselling thriller writer. She was born and raised in San Diego, California, and was educated at Stanford University. She received her M.D. at the University of California, San Francisco. Her first few novels were romantic thrillers, however she gained nationwide acclaim for her first medical thriller Harvest. Her published novels include:

In 2006, her novel VANISH was nominated for an Edgar Award (category: Best Novel) by the Mystery Writers of America.