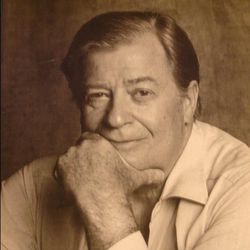 The son of British Royal Navy Captain Sir Richard Clavell, James Clavell was commissioned into the British Royal Artillery at the outbreak of World War II, then spent most of the war in a Japanese POW camp. After the cessation of hostilities, Clavell overcame his bitterness by cultivating a fascination in the history and culture of Japan. Moving to the U.S. in 1953 to work on a TV project, Clavell launched his screenwriting career with the sci-fi masterwork The Fly (1958). With 1959's Five Gates to Hell, Clavell added producing and directing to his accomplishments; his biggest box-office hit as director was 1967's To Sir With Love. James Clavell's best-selling 1975 novel Shogun, a story of the first intervention by Caucasians into feudal Japan, was transformed four years later into one of the most popular TV miniseries ever produced.